Helping to bring the Wizarding World to life on the big screen, MinaLima™ are the wonderful duo behind the graphic style of the Harry Potter™ movies franchise.

A big thanks to Mira and Eduardo for taking time our their busy schedule to speak to us!

1) Can you tell us a little bit about yourselves for those who don’t know who you are?

We’re both graphic designers, specialising in film design. We met on the set of Harry Potter and the Chamber of Secrets (Mira did all the graphic art for Harry Potter & The Philosopher’s Stone) and then together we went on to create all the graphic props for the rest of the series. Some of our most recognised graphic props include the Hogwarts acceptance letter, the Marauder’s Map, Ministry of Magic wanted posters, chocolate frog boxes and the Quibbler magazine. Once the Harry Potter film series completed, we co-founded our studio, MinaLima, in 2009 and we’ve taken on lots of different projects over the last few years: books, packaging, and designing all manner of prints and collectables that we exhibit and sell at our gallery-shops, House of MinaLima, in London and Japan.

At the moment, we’re also busy working on the Fantastic Beasts films!

2) What did you do before graphic design for film? Any interesting Saturday jobs you held before starting out in this industry?

Eduardo: I worked as an editor in Brazil.
Mira: and I worked in set design and scenography before moving into graphic design.

3) Where do you draw your inspiration from and are there particular artists or places that always inspire you? I imagine your trips to the Japan store give you some incredible ideas!

We take inspiration from anywhere: in museums, old second hand books, interesting signage or typography we might spot while walking down the road, it could be something someone is holding or wearing next to us on the train! The graphic identity of the Wizarding World which started with Harry Potter really is a whole world, one we get to explore a bit more in the Fantastic Beasts films, so it makes sense to draw inspiration from a variety of places. In the real world, the designs you see in a sweet shop would be nothing like designs for school textbooks. The same has to be true on the film set. That means that each design needs different references. For some props we’ll be looking at Victorian photo albums, for others we’ll research astronomical instruments.

We always look at the ‘Muggle’ counterparts of whatever we’re designing too – we take the layout of a letter or the conventions of cartography into account. It might sound like the less glamorous side of our work, because it’s easy to take them for granted, but it’s so important to establish the link between the audience and the world that they’re seeing on screen.

Visiting Japan twice in the last year were both incredible experiences. We loved the intricate paper craft and the attention to detail and delicacy.

4) Has there been anything you’ve been really proud of which hasn’t got the screen time you hoped for or even the scene being cut from the final entirely?

When you work in the film industry, you learn to reconcile yourself to cuts very quickly, but it can be difficult when you’ve spent hours on a design. For Fantastic Beasts: The Crimes of Grindelwald we created graphics for a wizarding pub, with vintage Pumpkin Juice posters and huge cut-glass Victorian windows… and then the scene was cut. But often, the cuts are necessary to create the right flow of a scene, or of the film as a whole.

A great deal of what we make is sort of incidental. There are hero props, which have their close up moment on screen, but we also create the peripheral things that might be on a table or noticeboard in the background. It’s all part of making it feel real – for the actors and audience alike. For the Weasley’s Wizard Wheezes scene (in Harry Potter and the Half Blood Prince) we did hundreds of designs – and it’s unlikely that a film goer could list every item we made – but combined together they created this wonderful chaotic atmosphere.

Now that we showcase our artwork at House of MinaLima, it’s a little easier to point out the details on potion labels and magical posters that people probably didn’t catch when they first saw the films, and even designs that didn’t make the final cut!

5) Do you have to be strict on your timings since so much work has to be produced? I can imagine it’s easy to get carried away in the moment!

A designer’s instinct is to always keep tweaking their work because we are never completely satisfied and think we can improve something here or something here. But the filming schedule keeps us in check. We work to a shoot list so that gives us our deadlines for the different props.

6) Do you get a lot of creative freedom within the designs which make up a scene? I presume there’s a few essentials but the rest you can have fun with?

It’s a bit of a mixture; obviously we start with the scripts (occasionally turning to books when needed) then we have to work out how best we can interpret an object. Our designs aren’t operating in isolation, they’re part of a story and so their primary purpose is to help tell the story or help the character. With the Harry Potter films, we always wanted to do justice to J.K. Rowling’s writing too as it’s important to so many people. The props have to look as intriguing as they feel in the books.

Everything we make has to work in the context of the film’s production design, so we’re collaborating with different departments all the time. But we’ve also always been given a lot of creative freedom to pursue ideas that interest us and interpret the design in a way that we feel is fitting. There’s such a playfulness to Harry Potter, all of the wonderful book titles and magical spins on everyday items. It’s an extraordinary backdrop so of course there’s plenty of opportunity for imagination!

7) What’s your favourite spell or if you could make your own spell what would it be and why?

We are working on so many exciting projects at the moment and are also back on set for the next Fantastic Beasts film so we would love a charm to duplicate ourselves!

“With the Harry Potter films, we always wanted to do justice to J.K. Rowling’s writing too as it’s important to so many people. The props have to look as intriguing as they feel in the books.”

8) Do you ever throw some little ‘Easter eggs’ in your designs and has it ever got you in trouble?

Definitely! For The Daily Prophets, we were given the main headlines, but we made up features and stories ourselves for every issue. We pack in references to family and friends; we once even managed to get both our faces on a piece of Weasley joke shop packaging! There’s also a publishing house with a suspiciously MinaLima-like logo on several of the book covers in the films.

We haven’t got in trouble for it so far. A trip to the Warner Bros. Studio Tour will reveal that lots of our colleagues do the same thing – they’re in Hogwarts portraits and so on! We like to think that we’re all witches and wizards at heart anyway.

9) Now you have conquered the wizarding world is there another major film/genre/franchise you would like to work with?

We’ve created graphics for films like Sweeney Todd and The Imitation Game. They were different genres, a Penny Dreadful musical and a historical biopic, but both were undeniably immersive! Our least favourite stuff is always contemporary ‘Muggle’ design, we like being able to delve into a less familiar world.

But it doesn’t really feel like we’ve conquered the Wizarding World: we’re still working our way around all its corners! Fantastic Beasts has let us explore the magical design of 1920s’ Paris, which isn’t something we imagined we’d get to do when we first started on Harry Potter. And because it’s so expansive, there are always new challenges that keep us on our toes!

We’ve got a few exciting things in the works… but it’s all a bit top secret at the moment!

10) Plan B – If you weren’t working in Graphic Design, what job would you be doing?

We would probably continue with the jobs were doing before we moved into Graphic Design.

Mira: I would most likely continue in set design.

To learn more about MinaLima, visit:

or visit their shop at: 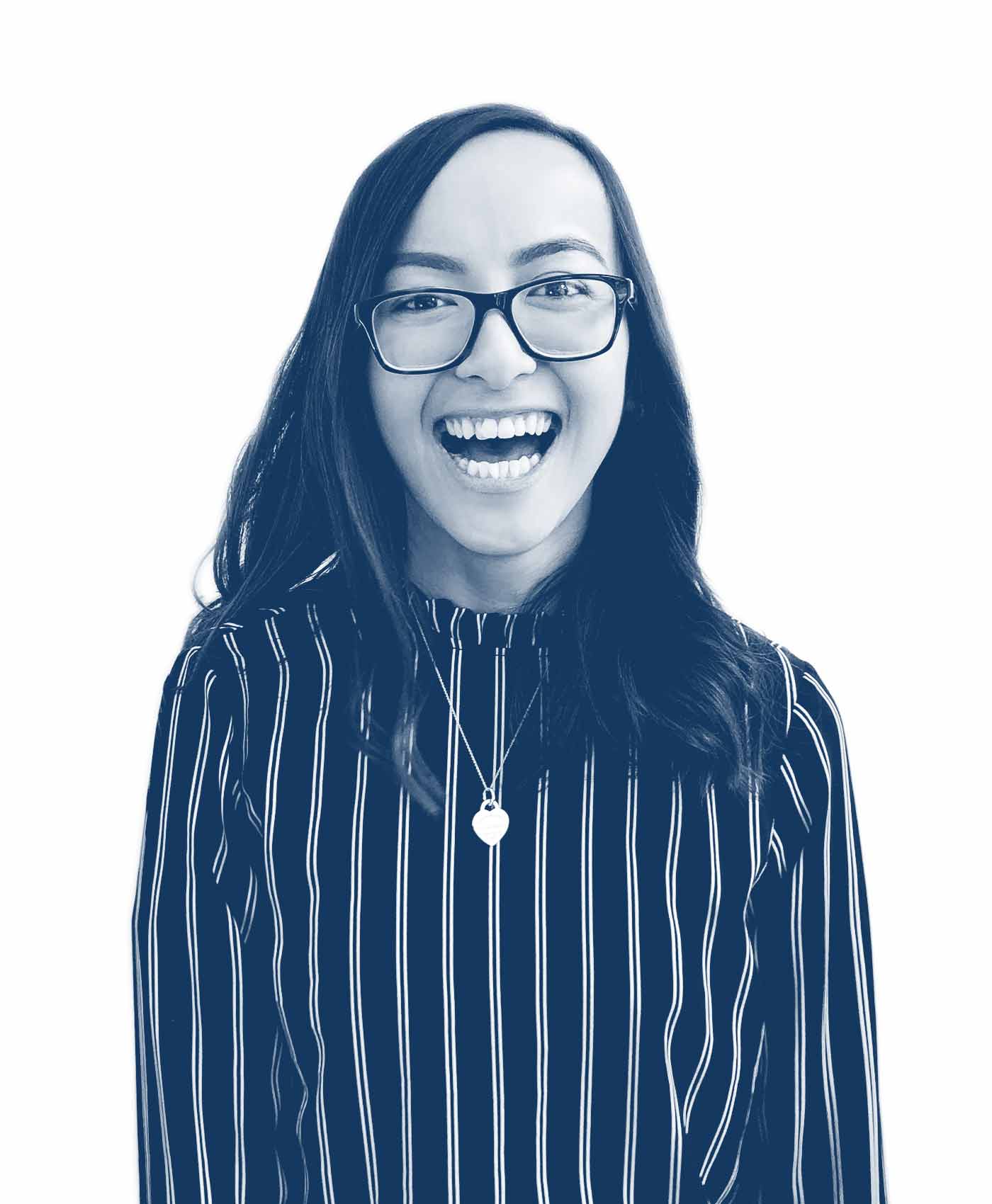 Working both in house and agency side, Kim brings her experience in managing website projects and online marketing strategies to the team. Working with clients such as Avison Young, DHL and The West Brom, Kim will work collaboratively with you to provide design-led solutions and make sure your brief is met. When she’s not striving to ensure your project runs smoothly and on time, you'll no doubt catch her running through the streets of Birmingham perfecting her 5k personal best.

Go back to the blog